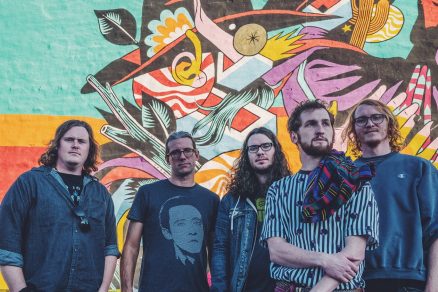 Vintage Pistol is a 5 Piece rock n roll jam band based out of Ozark
Mountains in Fayetteville, AR. These exploratory road dogs tour coast to
coast, claiming new cities as a second home base.

Comprised of a HEAVY rhythm section, encompassing guitar work, and well
crafted songwriting- Vintage Pistol takes pride in compositions, musical
intent and the creative stamina to project an energetic “all out” tight
live performance to allow concert goers a chance to leave the bullshit
behind and go into the world with the need to inspire others.

Vintage Pistol is set to release its debut album “Trial and Error” March
2019. The group will be extensively touring the US featuring supporting
dates with Andy Fraso and The U.N., and Tyler Childers .The band has
also previously played alongside the likes of Devon Allman (Allman Betts
Band), Big Something, CBDB, Consider The Source, Kalu and The Electric
Joint, and plenty more. Be sure to catch them on the road during
festival season with slots at Backwoods Music Festival, FloydFest,
Moonshiners Ball, Kickin’ It On The Creek, and more TBA!