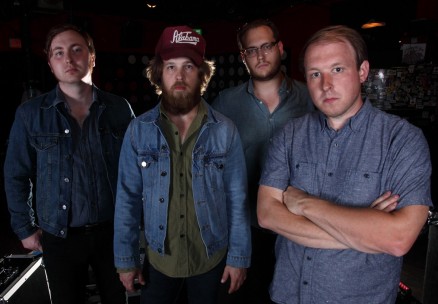 “There’s an awful lot we could say about Not Here–the most important thing being that it’s a fantastic, genre-bending experience–but it’s best heard with your own ears.” – Southern Living

“In an ideal world, discovering a band like The Pollies wouldn’t be that big of a deal, but then again, in an ideal world, every band would be able to seamlessly blend and arrange the root elements of rock and roll while forging into new territory to create songs that sound so natural and effortless that you don’t notice the intrinsic complexity and massive undertaking that each track represents.” – Last.FM

“Jay Burgess’s voice is ragged enough to sound like he’s been a few places, but sweet enough to make your heart clench a little” – No Depression

“They sound like a classic band living in their own time zone. Maybe a little different from the one you check into regularly, but still worth checking out.”— Brittany Howard (Alabama Shakes)

“Welcome to the world of The Pollies – where the fenders of beauty are rusted out and the muffler fell off a while back, but oh , sweet Jesus … what a ride.”- Relix Magazine

“There’s something about The Pollies that screams “this is not the last time you’re gonna hear from us,” and thats an awesome thing. If there is one young band to get behind and be a champion of, me thinks The Pollies is where its at”— Captain’s Dead