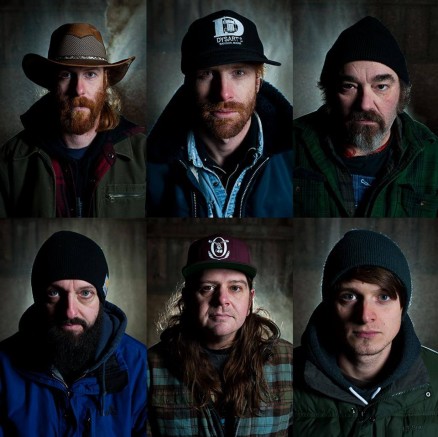 The Mallett Brothers Band is an alternative/country/rock and roll band from Maine. Leaning slightly more rock than what we typically think of as country, theirs is a musical melting pot that’s influenced equally by folk, Americana and singer/songwriter influences as by harder rock, punk and even psychedelic music. Led by brothers Luke and Will Mallett, with Brian Higgins on drums, Nick Leen on bass, and Wally on dobro and electric guitar, it’s song-driven music that holds up under close listening but is equally apt to crank a room full of rockers into whiskey-fueled high gear.

Since forming in 2009, the band has released three full length albums and toured the country extensively, providing support for acts ranging from The Josh Abbot Band, Blackberry Smoke, Charlie Robison, and the Turnpike Troubadours to .38 Special, Toby Keith, Chris Caigle, and Travis Tritt. They’ve appeared on some of the most iconic stages in the country, including Nashville’s Bluebird, Austin’s Continental Club, and the Birchmere in Alexandria, to name a few.

If you like: Joe Fletcher & The Wrong Reasons, The Damn Quails, William Clark Green, The Dirty River Boys