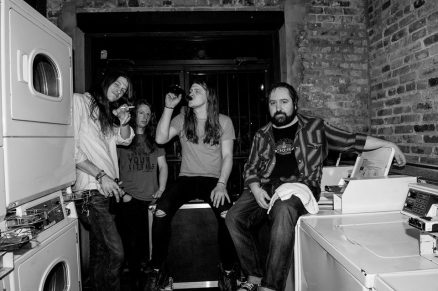 Stephen Neeper & The Wild Hearts play rock ‘n’ roll music. The Neeper sound represents a coalescence of influences, ranging from Jimi Hendrix, Led Zeppelin, and The Black Crowes, to Ryan Adams, and Pearl Jam. The Neepers, Stephen and Zeke, started learning the art of guitar picking from their father so long ago that it is a part of who they are. After multiple tenures with various local bands, SNTWH formed through jam sessions in the Neeper garage with other Arkansas musicians, beginning with the addition of drummer Evan Barr in late 2011. Since then, the band has shared the stage with the likes of Cody Canada and the Departed, The Wild Feathers, Whiskey Myers, Tyler Bryant and the Shakedown, and Kenny Wayne Shepherd. SNTWH has garnered attention from the press as well. In the Arkansas Times, Robert Bell wrote, “It’s hard to convey the extent to which this band has swaggering, blues-steeped Southern rock down cold….frontman Neeper is a shred-meister extraordinaire… and the rest of the band members are stone-cold bad-asses, too.” SNTWH guarantee one thing: a rockin’ good time.