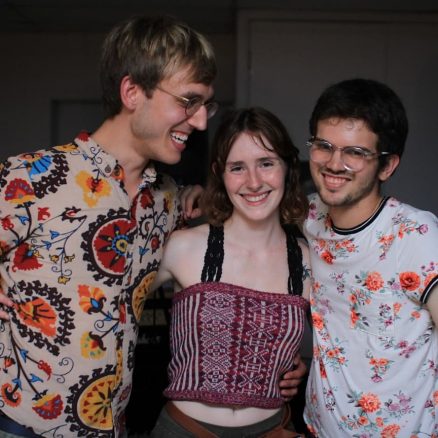 Something Better is a 3 Piece Indie Psych Folk group comprised of Madeleine Robinson, Josh Wyatt and Logan Moseley. It was unofficially started by Maddie and Josh in 2016 when they first started dating/making music together in Little Rock, AR. They started out self recording and released a slew of light-hearted acoustic songs on Soundcloud under the name Fresh Greens and Blues. They relocated to Memphis for school where they found their sound together, and recorded a full length LP under their new name, Something Better. They then relocated to Fayetteville and then back to Little Rock, where along the way they recorded the EP “People We Know & Love” and added Logan as their third member. They are currently self recording a handful of singles, exploring the nuances and the subtleties of the things they care/don’t care about in big/small ways.