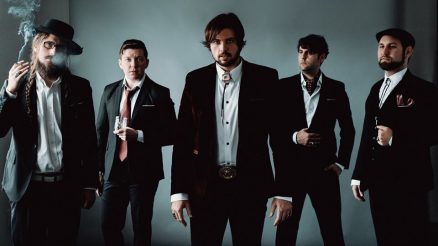 The southern soul band originated in a Jesuit high school set in the heart of metropolitan Dallas when two brothers and a best friend came together in their shared love of music. Almost a decade and five EPs later, the now band of five boasts a massive fan base that spans ten states across the South and Midwest and an active online community of more than 25,000. Their commanding instrumental groove, relatable lyrics, and authentic five part harmonies have sent them to the top of the music charts and earned the band over 2 million Spotify streams. While on the road over 100 days a year across the country, this unity is extended as an invitation to their fans every night. Each night the connection forged is real. “Our fans support us like family would. It doesn’t matter how far away from home we might be; they make us feel like we are right where we belong.” While recording the new album, PAO aimed to reciprocate that appreciation and prove that the feeling is mutual.