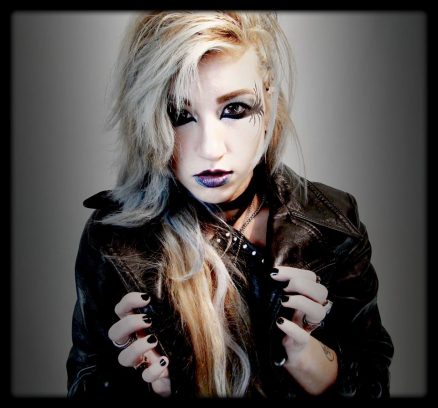 There’s nothing sexy about vanilla pudding. It refuses to show off any distinct characteristics, it’s just as ordinary as the girl next door, it’s a mundane mound of white mush, and yet it permeates today’s female-fronted rock bands.
​
Houston-based rock ‘n’ roll ensemble Loxley is the antithesis of vanilla pudding. It’s spicy, it’s loud, it lingers, and it’ll leave you begging for more. The members of Loxley storm the stage each night and leave no prisoners. Their version of hard-edged, hard-hitting rock gives audiences around the country the freedom to let loose, transcend the norm and recall the days when rock stars were gods and guitars turned water into wine with just one note.

Drawing musical inspiration from giants like Queen, Iron Maiden, Mötley Crüe and Michael Jackson, Loxley’s sound is refreshing, versatile and unapologetic. The band mixes original material with their take on rock ‘n’ roll classics, and the sex appeal they bring to the stage can be seen, heard and sometimes even touched — if you’re lucky.

Too tough to be models and too talented to settle for 9-to-5 gigs, the members of Loxley flaunt their musical passion on stage night after night, leaving audiences satisfied, yet craving more. Before each performance, Loxley’s dedicated fanbase, known as The Loxley Clan, chant “We are one. We are strong. We are Loxley.” As the lights dim and the musicians take the stage, you can often hear a collective gasp from the audience in anticipation. It’s as if they’ve come together to denounce all that is plain, boring and vanilla, and have taken up a new mantra steeped in the extraordinary, the exceptional, the remarkable.

One taste of Loxley, and you’ll never be the same.