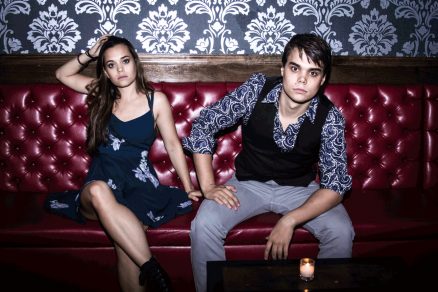 Devastatingly powerful vocals and retro-rock guitar, with lyrics that run the gamut between vulnerable to all-out venomous, Jocelyn & Chris Arndt’s music has matured into what can only be described as a throwback to pure, album rock.

Together with their band, Jocelyn and Chris logged more than 100 shows in 2015 including stops at The Sundance Film Festival and Mountain Jam Music Festival, two performances at CMJ, Acme Nashville, The Hard Rock in Pittsburgh and Myrtle Beach, The Middle East in Boston, NY’s Bitter End, Rockwood Music Hall, and Delancey along with television appearances in New York, California, Tennessee, and Virginia.

Their new album Edges features guest appearances by G Love and Gov’t Mule’s Danny Louis.
The 12 song effort as of 5/9/16 is Jam Band US Albums #17 and FMQB AAA Albums #159.