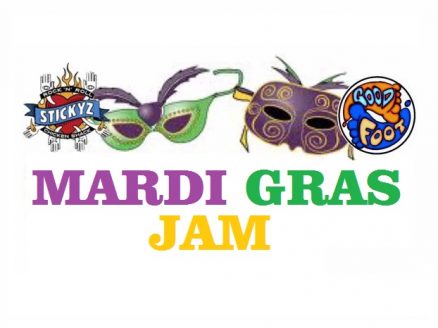 Get on the GOOD FOOT! This funk-driven supergroup formed in the summer of 2014 with a group of veteran players want to branch out in new territories.

GOOD FOOT blends 70’s funk, rock, and jazz sensibilities into a fusion of jam that is unlike anything else going on in the local scene.

Original music is starting to dominate their sets, along with select covers from obscure Bay Area artists from the 60’s and 70’s, pop songs done as funk, as well as some Grateful Dead, all done as upbeat and danceable as humanly possible.