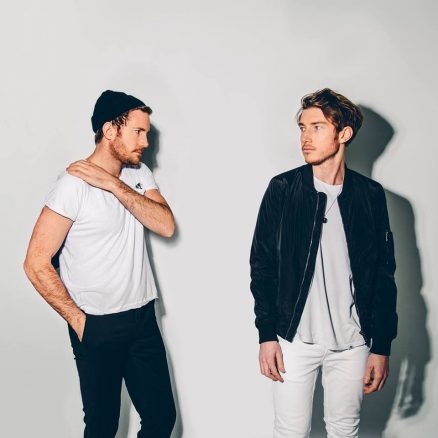 Part of the same indie disco scene as Delphic, Klaxons, and Friendly Fires, four-piece Fenech-Soler’s blend of electro-funk, punchy techno pop, and synth-bass guitars appealed to clubbers and the alternative crowd alike. Hailing from Kings Cliffe, Northamptonshire, brothers Ben (vocals) and Ross (guitar) Duffy had been making music on their home computer since their early teens, but in 2006 they decided to form a band, recruiting friends Daniel Soler (bass) and Andrew Lindsay (drums). Citing Michael Jackson’s Dangerous as their main influence, the group began writing songs that they describe as “glam, psychedelic, zouk pop” and released an EP produced by Moloko’s Mark Brydon. After signing to Moda Music, the band remixed tracks for Marina & the Diamonds and Example, while Ben provided vocals for “Paper Romance,” a track on Groove Armada’s Black Light album. In 2010, they released their self-titled debut album, which featured the three singles “The Cult of Romance,” “Stop and Stare,” and “Lies.” In 2011, Ben Duffy was diagnosed with testicular cancer, from which he mercifully recovered; however, his treatment necessitated the band being put on hold.

In 2013, Fenech-Soler returned, signing to Warner Bros. for the release of their second album Rituals, featuring the singles “Magnetic” and “Last Forever.” Following heavy touring to promote the album, Soler and Lindsay amicably left the band, leaving the two brothers back where they started. Feeling the pressure of having to top what came before, they decamped to L.A. to demo new material with Jacknife Lee, but inspiration failed to strike. The brothers decided to head home to the village where they had grown up, where they found an old keyboard like the ones they had played in their youth. Immediately they were inspired and within a matter of weeks had written most of a new album, which they produced themselves. A bright and breezy pop record full of big melodies, the album, entitled Zilla, was released in 2016 by Silva Screen, preceded by the single “Kaleidoscope.