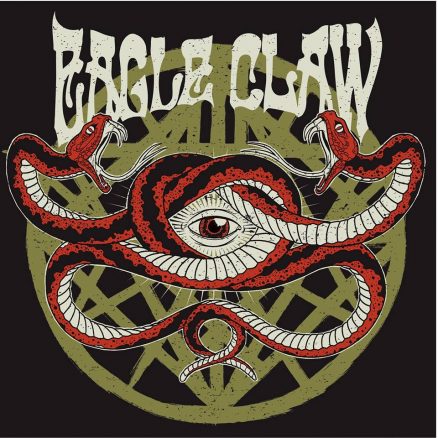 Austin TX’s instruMETAL outfit EAGLE CLAW plays heavy, loud music. From the very beginning, vocals were never in the plan for this creatively destructive four piece. Taking up where other instrumental bands leave off, Eagle Claw carved out their own niche within the instrumental genre. Dynamic and engaging, but ultimately all things metal.

Formed in the fall of 2007, the band started gaining momentum when their Demo “Bastard Usurper” first infiltrated Austin’s music scene. That was then followed up by their first official release entitled “Poacher.” Recorded by Bryan Richie (Bassist, The Sword), it features 9 blistering tracks filled with tasteful riffs, clever time changes and fist pumping beats that set the tone for what Eagle Claw have become known for.

In 2012, the band released their much anticipated sophomore album, “Timing of the Void.” Featuring 8 monolithic tracks, the record’s title and overarching theme is based on “The Book of Five Rings”, a text on Kenjutsu and the martial arts, written by Japanese swordsman Miyamato Musashi, circa 1645. In a recent news item published on Eagle Claw, the Austin Chronicle wrote, “Like Musashi, the local quartet’s instrumentals are dually Zen and violent, and their timing and attack is martial. Not just a titular reference, the swordsman’s lessons are the basis for the music on Timing of the Void.”

Comprised of the dualistic soundscapes of guitarists, Matt Rade and Michael Gonzalez, the searing low end fuzz of bassist Luther Smalls, and the relentless pounding of Bart Butler’s drumming, the band is best known for their high energy live performances.