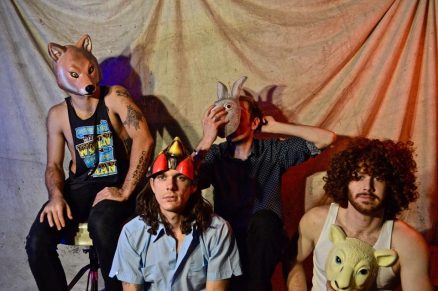 Fronted by Aaron Richard, Dirty Fuss was born in 2016. Together with guitarist Taylor Richard (no relation) and drummer Addison Boling, an extensive back catalog of material was fleshed out and rehearsed. Two months later the band won $4000 in prize money and equipment from a battle of the bands in Little Rock, AR, which they used to fund their first two EPs and purchase a touring trailer. Constantly on the road for the next two years, Dirty Fuss became “the best live band in Nashville” according to indie radio station Lightning 100.

On their debut, AMERICAN ANIMALS, Dirty Fuss captures the raw energy that makes them so thrilling to watch. Fans of Cage the Elephant, The White Stripes, and The Black Keys will find much to love here. The record is all dirty licks and grungy chords. Thrashers like “Stimulater”, and “What You Are” can rip with the best of them. While more intimate, R&B infused tunes like “All the Pieces” and “Help Myself” display a remarkable restraint.

AMERICAN ANIMALS feels like a vital record, and the announcement of an important new voice in Rock and Roll.