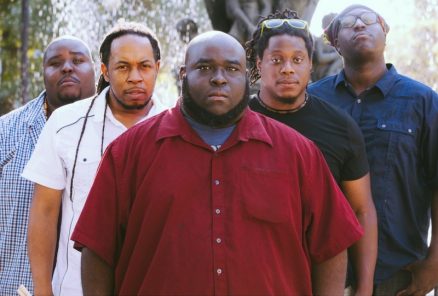 Chinese Connection Dub Embassy has a wild array of musical backgrounds from Classical, R&B,Jazz,Gospel all the way to Street Rock/Oi? and Hip-Hop. Omar (Lead Vocals/Bassist) and Donnon “One Drop” (Drummer/Vocals) hold the riddim down that will take you to another zone of mental euphoria & a groove that you’ll feel deep in your soul.Joseph (I-Dae Han) (Keyboardist/Vocals) and David “Dutch”(Guitarist/Vocals) bring Heavy DUB and smooth melodies that that will leave you speechless.They have been a movement within the Reggae community since their first show in 2008. They’ve open for a wide array of artists/played right along side some of musics greatest artists from Collie Buddz,Glen Washington, Dubtonic Kru,I-Wayne,Cocoa Tea,Etana,Louie Culture,The Original Wailers,The Melodians,The Itals and even Neo-Soul Superstar Bilal and Hip-Hop Heavyweight Big Sean. They have been called one of the hardest working Reggae artists in the Mid-South because of their determination to bring unity back to Reggae Music as a whole, especialy in a time that glorifies the negative more that positive. In 2011 they went from just another Reggae band to a “Force to be Reckoned With” when they started to reach their music out to the masses with heavy amounts of networking and their unwillingness to stop growing in music, life, and spirit. They believe the saying “hard work pays off” because, since the rise of the band in 2010 to 2014, their accolades have been just, with such opportunities playing countless amounts of Festivals such as BristerFest,Memphis Electronic Music Festival, Memphis Music & Heritage Festival,Plant Based Food Festival, River Arts Fest, In A Hurry Blues Festival, Elvis Tribute To The King Festival, LUVMUD Fest,the Springfield HempFest,Cooper Young Fest,Ocean Springs May Fest and many more. Now with the release of their first LP “The Firm Foundation”released the Spring of 2013 and Cover series called “Farmers Market Chronicles” in the Summer of 2013, CCDE has never been more motivated to reach the masses with their message of truth and rights/love throughout the world.