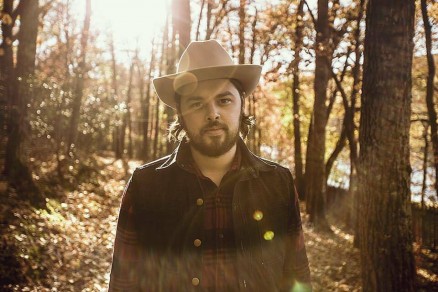 Following in the tracks of Gram Parsons, Merle Haggard and George Strait, Caleb Caudle makes pure country music rooted in the genre’s glory days, back when melody, mood and message ruled the roost. It’s not contemporary country-pop, nor is it part of any underground outlaw scene. Instead, Caudle’s music finds the middle ground between the classic twang of late-Seventies/early-Eighties country and the dusty stomp of modern-day Americana.

Raised just south of the Virginia/North Carolina border, Caudle cut his teeth on the road, building his audience one mile at a time while sharing the stage with the likes of Jason Isbell, Dawes, Robert Ellis, Patterson Hood, Justin Townes Earle, Aaron Lee Tasjan, and John Moreland, among many others.

His last album, 2014’s Paint Another Layer on My Heart, drew critical praise from far and wide and landed Caudle on more than 40 year-end best-of lists. For his new album, Carolina Ghost, Caudle returned home to his native Piedmont North Carolina. “This record is all about making life changes,” says Caudle, who co-produced Carolina Ghost with longtime collaborator Jon Ashley (Avett Brothers, Dawes, Band of Horses). “I kicked booze about a year and a half ago and moved back to North Carolina and fell in love. So it all feels like a new start, really.”

Recorded at the Fidelitorium in Kernersville, NC, Carolina Ghost mixes Caudle’s voice with the swoon of pedal steel, the swell of B3 organ, and layers of electric guitar. The light, layered arrangements swirl up memories of Haggard classics like Big City and Going Where the Lonely Go — but the end result is pure Caudle, shot through the optimism of guy, nearly a decade into his career, that’s discovered not only the thrill in hitting the highway, but the comfort in putting down some roots.