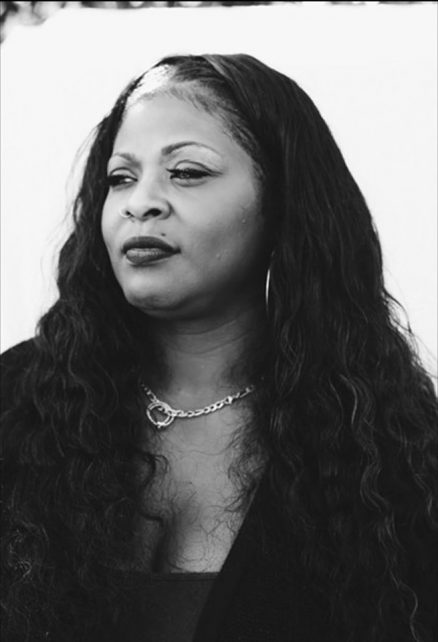 Butterfly has been singing professionally for over 35 years both local and abroad.She is known for her vocal range, diversity and energy.Currently residing in Little Rock after the devastation of Hurricane Katrina, she regrouped and started over and losing most of her immediate family right before and shortly afterKatrina.Needless to say it has been some of the hardest times imaginable but music is her therapy and way to express and so she does it with a passion!

Butterfly started singing about the age of 7 when her Father (a producer for CBS Records) and Mother realized her singing ability and vocal range to hit Minnie Rippleton notes and encouraged her to do talent shows to develop her craft and lose the shyness of performing in front of people.By the age of 12, she was in her first band Fantasia and The Fantasy Connection.They were known for there harmony and original material. By the age of 19 she was introduced toa local Reggae DJ who not only exposed her to Reggae but thru her first Reggae Concert at a local popular club in which her name Butterfly was born.She joined her first Reggae Band, The Brothers Crucial and went from background vocalist to a feature vocalist.Shortly thereafter a spin off from that band and she became one of the lead vocalist for The Revealors Band.It was time for something new and different so she began the group all-female group the Irie Dawta’s who toured and became a hit. As a result she has opened for several artists inclusive of Pato Banton, Shaggy, Burning Spear, Ziggy Marley, SteelPulse, Eeka Mouse,The Wailers, Chante Moore, and many more while touring and being one of the headliners forTheBob Marley Fest that traveled to different states. Some of her other credentials include singing professional background for Chairmaine Neville, Irma Thomas, Ndea Davenport (Brand New Heavies), Pato Banton besides singing on various rappers albums, movie soundtracks such as featured originals on the Fox Series Dark Angel, a recording with Iris May Tango featuring George Clinton , Charmaine Neville’s Mardi GrasAlbum, Live on Frenchmen Compilation CD ,Judah Clan Productions , and several other recordings. She also has done features with New Orleans Opera Association along with various stage plays.She is a songwriter, producer and event organizer and great in production behind the scenes.

So when you come to a Butterfly show expect a little bit of everything from belting out a Prince tune, Reggae joint,RB, Gospel, NOLA 2nd line, Old School or some Original .Butterfly is also currently working on her project that will feature a wide variety of music. Her mission is to give her testimony and spread love, healing and unity thru her performances.