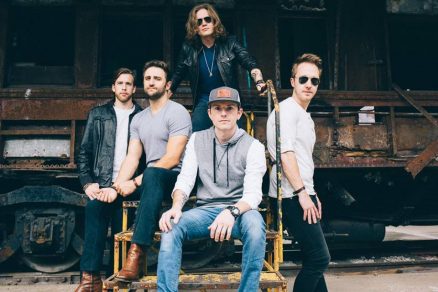 Backroad Anthem is a country rock band that captivates audiences with their unique style and undeniable chemistry made obvious through their original music and high-energy onstage performances. The seven-man group based out of Fayetteville, AR established the vision for their band in October 2012 and have dedicated themselves to “doing” country music their way ever since.

In just its first six months of being a band, Backroad Anthem has opened for artists such as Casey Donahew Band, Dustin Lynch, and Eli Young Band.

The band started as a group of acquaintances with a common love for music, but by the end of their first performance the band knew they had caught lightening in a bottle. With the ability to play off each other, engaging a crowd came naturally and they quickly found the identity and sound they desired to express to fans. “With these pieces in place, we’ll be able to build a fan base that will fall in love with our music,” Craig explained. “The stars are aligning for this band.