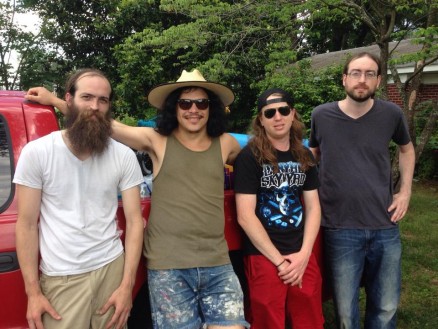 American Lions, formed in early 2010, have quickly made their mark in the music scene of Central Arkansas. Raised in Greenbrier, Arkansas, David and James Velek, and Elliott S. Cotten spent years separately honing their musical skills and have finally arrived on the same page. Their music is a reflection of the small-town up-bringing of the Velek brothers and Elliott S. Cotten, with their humble hearts and southern charm.

The sound that American Lions brings, could be described as americana, indie, and rock, with a little folk and southern influence. The music ranges from ambient, sombre ballads, to high-energy foot-stomping anthems. Lyrically, the music speaks of the struggles of man, spiritually and emotionally.

The band recorded their first full-length album, “Love and Hope in the War Times”, in the summer of 2011 at Blue Chair Studios in Austin, Arkansas. After playing many shows in Central Arkansas, the band has taken their music on the road across many states and multiple regions of the country. The band plans to tour much more, and bring their music to as many as possible.