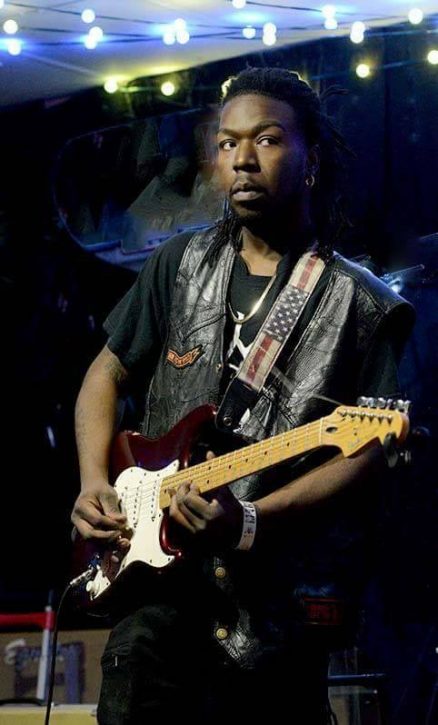 Akeem Kemp is rapidly rising as the heir apparent to the blues throne in Arkansas. His sultry vocals and smoking’ guitar strokes are coupled with the intangible “IT” factor that separates the good players from stars. For these reasons, this young rising star is commanding respect at every turn from fans and fellow musicians. It is just a matter of time for an ever expanding base to be let in on Arkansas’s treasure. Steeped in the tradition of the church, Akeem’s vocal prowess reflects his soulful gospel roots. These powerful and heartfelt vocals with his ability on guitar distinguish Akeem as a real deal emerging artist. Gifted with the ability for writing, the young Kemp demonstrates an uncanny ability beyond his years. Composing all material on his debut Album “Sneaking Out” gives a preview of what is to come in his budding career.

Performing since the age of 13 has allowed Akeem to find his comfort zone on stage. He has opened shows for top local Little Rock bands and most notably was paired with Eric Gales for a recent show. HIs club sets include his interpretations of songs from various old school and contemporary artists including: Sam Cooke, Bobby Womack, Stevie Ray Vaughan, Jimi Hendrix, Albert King and Al Green, to name a few, along with his originals. Akeem continues to make his mark as a musician’s musician with striking performances at local blues jams. He represented the Arkansas River Blues Society at the 2015 International Blues Challenge Youth Showcase in Memphis. After this performance, the buzz began on a more widespread level. Akeem performed at the 2014 King Biscuit Blues Festival lighting up the Rising Biscuit Stage. He has begun to spread into the Little Rock, Arkansas scene with performances at Arkansas River Blues Society’s weekly jams.

Come see what all the fuss is all about and catch Akeem Kemp Band at the next opportunity. The future is now!