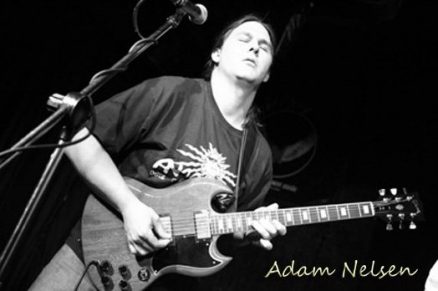 Adam Nelsen and the Evening Band

Over the past two decades, song writer/lead guitarist/vocalist Adam Nelsen has created a meaningful connection within the Arkansas music scene, particularly in the jam band and funk music circles. He is a founding member of FreeVerse, one of the state’s most unique, creative and progressive rock bands. FreeVerse has been exploring musical landscapes and creating memorable shows in Arkansas since 2002. Chances are you have been dancing to their music during one of their regional shows or at a local festival while sharing the groove with your friends and family.

Though the years, Adam has worked with many like-minded musicians in various side projects led by the guitarist. Adam often mixes original music with choice covers to take his audience to a higher level of consciousness. His latest incarnation will allow the music to be developed with the help of friends who have a history and relationship with the guitarist. The Evening Band will consist of Brian Wolverton (bass guitar, vocals), Tommy Priakos (keys, synths, vocals) and Jay Wedaman (drums, percussion).