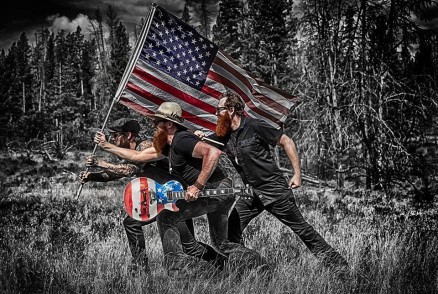 Tim was raised in the mountains of Montana by a pack of wolves. When the wolves kicked him out of the pack for having a red beard, he found his real parents who also lived much like the wolves, in the mountains with no electricity. He learned to play guitar at a very young age by candlelight as his folks were going green way before it was cool (Seriously). Tim attended Musicians Institute in Hollyweird Ca where he honed his partying skills, then moved on to Nashville. Tim enjoys long walks in the woods, setting himself on fire (and sometimes his Bass Player), doing Shredneck things, and growing his beard. For further information please listen to the new album.