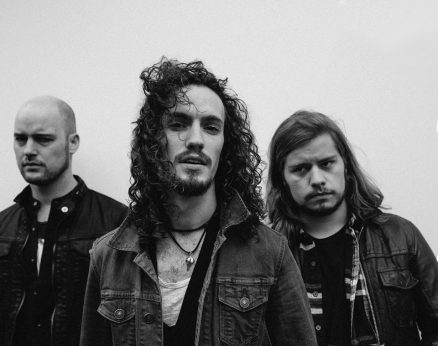 Power-rock trio RavenEye was formed by multi-award winning guitarist/singer Oli Brown along with bassist Aaron Spiers and drummer Adam Breeze. Having already toured Spain, France and Italy, RavenEye has been slamming audiences with their signature heavy riffs and incendiary live show. Whether it be straddling a bass drum high into the night or jumping into a raucous crowd, RavenEye is a high-energy rock act not to be missed.

RavenEye has already established itself as a powerful force in British rock with major support tours for Slash feat. Myles Kennedy and the Conspirators across the USA and Deep Purple in France both in October 2015. The band was also featured at US rock festivals Louder Than Life (Louisville, KY) and Aftershock (Sacramento, CA) as well as headline performances at the Viper Room in LA, Schubas in Chicago, the High Whatt in Nashville and a showcase at the Billboard Lounge at the Barclays Centre in NYC.