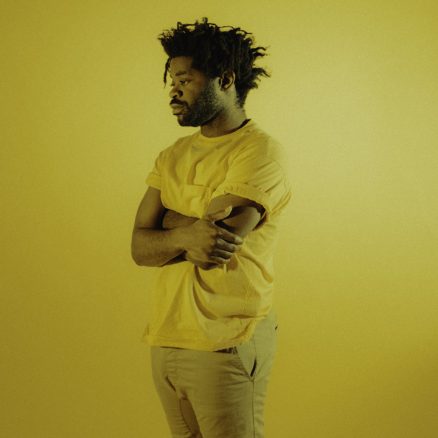 A soulful voice with a humble background, R.LUM.R (pronounced ARE-LUM-ARE) is not an artist to be ignored. With 4 million plays on his latest single “Frustrated,” he is redefining the R&B genre, giving it new life and a fresh audience.

Born as Reginald Lamar Williams Jr. and raised in Bradenton, Florida, R.LUM.R was introduced to soul, jazz, and R&B music by his mother at a young age. He grew up on a range of artists spanning from Sade, known for rich vocals, to funk jam singer Anita Baker, and the one and only George Benson.

Attending the competitive high school, Manatee School For The Arts, R.LUM.R was accepted amongst thousands of applications after auditions and essays for his acceptance were considered. Once admitted, it was here that R.LUM.R began to explore the depths of his interest in music, learning to play guitar in the process; it was a natural affinity that he later took to college to further hone his talent.

With a strong musical foundation, it was in college where his love for music grew, and his palate expanded. Attending Florida State University with the intention of studying Classical Guitar, he later switched his focus to Commercial Music. R.LUM.R was introduced to an array of artists outside the genres of his youth, many of which have followed him to where he stands today.

These musical influences can be heard throughout his catalogue, though he draws a lot of his process and inspiration from reading. R.LUM.R enjoys non-fiction, focusing on the way the lives of those he reads about make him examine both himself, and the world around him. His ability to show his audience what they are capable of feeling and experiencing stems from his enjoyment in reading fantasy; his music is all about the listener’s personal journey. When asked about his inspiration behind “Frustrated” and the rest of his releases, R.LUM.R leaves it all open to interpretation. He believes his music is more about what it means to the listener than what inspired him to write it: “I would never want to rob someone of their version of a song by confining it to my own personal meaning,” he says. One thing is for certain; R.LUM.R is on a clear path to the top of the R&B scene with his debonair voice and innovative use of sound.