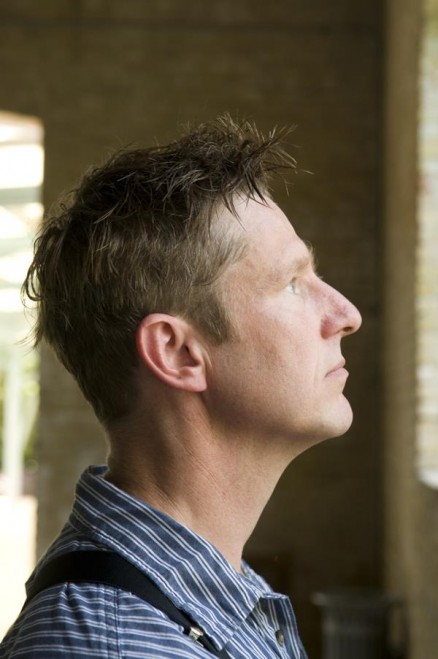 Austin’s Guy Forsyth has long enjoyed praise for his dazzling live shows and rich Americana roots sound. Forsyth (vocals, acoustic, electric & slide guitar, harmonica, ukulele, singing saw) usually performs with his band, but has been known to perform as a solo artist, and in various incarnations including a duo with Oliver Steck (Bob Schneider’s band). His songs incorporate a unique mixture of styles and his sound is at once polished, raw, compelling and irresistibly rump-shaking.

Forsyth brought his skills as a stellar live performer to help found and eventually drive to international acclaim the theatrical acoustic group The Asylum Street Spankers. He gave Wammo his first washboard and Christina Marrs her first guitar and ukulele. His time with the Spankers touring and recording 5 albums added to a wealth of earlier unique experiences in his life – working as a stuntman in renaissance shows, busking on the streets of New Orleans and playing on a mountain top in Nepal –which provided him musical fodder to be refined in the songs of Forsyth’s numerous solo albums.

Guy has recently finished recording his new album, “The Freedom To Fail”, which is due to be released early summer 2012 (let’s call it June), which will be followed immediately by an extensive American and European tour. The new album was produced by Matt Smith at Lost Oasis Studios.

The release of his latest, Calico Girl, which features new songs as well as re-recordings of some of Guy’s most popular songs from 1999’s Can You Live Without, marks the fourth album for the record label he started in 2002, Small and Nimble Records.

Guy is known today as a musician with gripping, powerful vocals as well as a master of numerous instruments. He started his musical development first with singing, and began playing harmonica at 16. Shortly thereafter he heard a very distinct and overwhelming sound on Kansas City radio that changed his life; it was Robert Johnson. After that, he borrowed a guitar, fell in love and learned to
tune it with his feet from a friend who had lost both his arms in an accident. In college, he lasted a single semester at the University of Kansas, and then he found the music he had been seeking – gritty, organic folk and blues, “from a practical hands-on, gears, joints and joists level.” And he struck out to learn it.

Since then, he’s been awarded an Austin Music Award for Best Male Vocalist in 2005, as well as numerous other AMA’s over the years in categories such as Blues and Best Miscellaneous Instrument Player (singing saw), among others. Last year’s 2-disc live record, Unrepentant Schizophrenic Americana, was received very well by critics and fans alike.

In the past year, Forsyth has stepped up his touring significantly to reach fans in the Southwest,Southeast, East Coast, and Midwest United States, as well as continuing to play in Europe several Times, as he does every year. Guy has been featured in a number of large festivals recently, including the Austin City Limits Music Festival (Austin), High Sierra Music Festival (Northern California), Los Alamos Festival (New Mexico), BBQ & Blues Festival (New York), Tonder Festival (Denmark), and Rhythm ‘n’ Blues Festival (Belgium). Forsyth has opened for and shared the stage with musicians such as BB King, Ray Charles, Lucinda Williams, Jimmy Vaughn, Dr. John, Robert Cray, among many others.